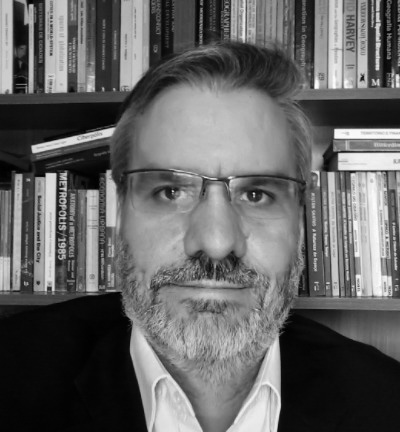 Fabio Contel has a Master’s Degree (1998) and a PhD (2006) in Human Geography from the University of São Paulo (Brazil). He had a doctoral internship at Friedrich-Schiller-University in Jena (Germany) during his PhD research (2005), where he also worked in 2007 as a guest researcher. Since 2008 he has been full professor at the Department of Geography of the University of São Paulo and focuses on research in urban and economic geography, with special interest in financial geography. He has written widely about the financialization of the Brazilian territory, and published the book “Finance and territory: norms, techniques and banking topology in Brazil” in 2011, which offers a comprehensive view of the Brazilian banking system, from a geographic perspective.